Target Celebrating Its Own Destruction

Big business is so woke now, it not only is helping to sow the seeds of its own destruction, it is actually celebrating it. The very same Target store that was nearly demolished by looters and arsonists in Minneapolis last year recently put up a series of signs proclaiming that it proudly stands…with the looters and arsonists. The mural spans much of one side of the store’s exterior, and is comprised in part of three large signs, each sporting one word centered in a graphic. The first sign states “WE,” the second “STAND.” The third states “TOGETHER” amidst a background of what appears to be BLM rioters standing just outside a large burning building, fists raised in a triumphant Black Lives Matter gesture.

To say that a giant retail corporation openly touting a felony like arson is unusual would be an understatement, but company exulting in massive damage to one of its own outlets is, as far as I know, unprecedented. Target has, ironically and literally, made itself a target. Or, at the very least, agreed that it should be one.

The psychosis that has taken hold of many of our large corporations is the same one that has gripped many in the legacy media and entertainment fields. It has some similarities to the Wuhan Flu, in that it is a disease that was manufactured in academia and subsequently deliberately loosed on the country. The difference is that it was dribbled out of these “higher education” laboratories over the last few decades rather than being sent out all at once. Yet the damage it has caused has been far greater. Whereas roughly 98.5% of those under 70 years old recover from the coronavirus, a heartbreakingly high percentage of those afflicted by the Anti-American Derangement Syndrome (AADS) never recover. This loss of the ability to logically process information, separate truth from fiction, string a connected series of facts together to advance a cogent argument—in short to reason—is tragically detrimental not just to themselves, but to society as a whole.

Like several giant corporations, Target had a banner year in 2020 in spite of because of mandates and restrictions imposed on Americans by the government, purportedly necessary due to the pandemic. Unlike progressives, conservatives are often loath to boycott companies…because we have principals. But, even though we have a target on our backs, we do not have to carry Target on our backs. It is time these corporations stop patronizing us, and we stop patronizing them.

It is the only way to effect change, and the only chance to save this republic. 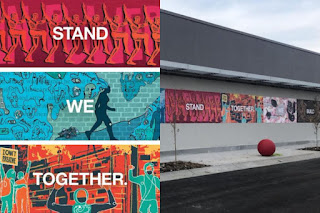