The University of North Georgia hosted a seminar on “safe zone training” recently. The training was intended to foster a “safer, more inclusive environment for members of the LGBTQ+ community.” The obligatory handout encouraged attendees to use “LGBTQ-Inclusive Language” and gave them a list of “Dos and Don’ts.” Naturally, the handouts prodded attendees to avoid using patently offensive terms like “mailman” and “ladies and gentlemen,” urging them to substitute terms such as “mail clerk,” “everyone,” “folks,” or “honored guests” instead. I’m surprised that “mail clerk” was approved by the UNG thought and language police (TLP). I would have thought that the homonym for “male” would be verboten, as well, and they would have admonished “folks”/”honored guests” to just use “clerk.”
Attendees were also advised to steer clear of the phrases “both genders” and “opposite sexes,” in favor of the much more inclusive “all genders.” I mean, hello! Duh!
Students were also given a “gender unicorn,” a lavender equine figure, complete with two different colored hearts and a double-helix looking symbol where its privates should be, apparently symbolizing “sex assigned at birth.” The gender unicorn, who is shown dreaming/thinking about the LGBTQ+ rainbow, was used to illustrate the possibly profound differences between one’s gender identity, gender expression, sex “assigned” at birth, and their relation to physical and emotional attraction.
Gender unicorns are popping up in schools across the increasingly fruited plain, everywhere from college campuses to grade school classrooms. I think, in light of the apparent success of gender unicorns, more symbols of imaginary beings should be utilized to teach kids about imaginary things such as the 100-some-odd genders other than male and female.
Perhaps “Smollett Yetis” could be employed to illustrate the vicious, unprovoked attack on the “Empire” star by angry white beasts. (Remember, though, just when you think the jig is up, sometimes the Empire strikes back). I also propose a “global warming gnome,” that would be instrumental in teaching kids about the dangers of man-caused climate change. Gnomes are often found in gardens, and, if global warming continues apace, there will soon be no gardens due to intense flooding and draught.
Lastly, a “collusion leprechaun” might be an effective aid to inform “everyone” as to how the Trump administration managed to collude with the Russians and get away with it, despite 500 interviews, 2,800 subpoenas and 675 days of intense investigation by the Robert Mueller team. The lucky leprechaun would represent Trump, who wasn’t caught and therefore doesn’t have to reveal where his (ill-gotten) treasure is hidden. At least for now. 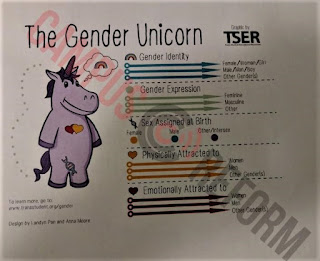