Michigan B & B Owners Forced To Take Down Norwegian Flag

Greg and Kjersten Offenbecker own The Nordic Pineapple B & B in St. Johns, Michigan. They are Norwegian…and proud of it. As such, they flew the Norwegian flag in front of their inn.
They don’t anymore.
Why? They say they received roughly “two dozen hateful emails” from people who thought they were flying the Confederate flag. Two dozen. They claim the emails had gotten more hateful as of late. Kjersten said, “We have 4 or 5 really nasty ones that are much more hurtful.” Which led to their difficult decision to take down the flag. They should have left it up and added one with a giant middle finger protruding from an otherwise clenched fist. But, it’s daunting to take on the mob.
Kjersten told the Daily Caller: “We hang the Norwegian flag because I am a 4th generation Norwegian-American. I am very proud of that heritage and wanted to share a piece of it with the people who come to visit our bed and breakfast.” She added, “The Norwegians are a peaceful people who love family and that is what our inn really is all about. We just want people to come stay with us and experience a wonderful getaway.”
Greg Offenbecker served in the navy during Desert Storm. Ironically, the couple has adopted two black children. The haters don’t know that. Nor would they care. The Norwegian flag does not resemble the Confederate banner. The hate-mongers probably don’t know that, either. If they do, they don’t care. It is nearly impossible for a woke person/Karen/progressive/leftist/identity-politics purveyor to pass up a chance to accuse someone else of being a “racist.” And, in so doing, reveal themselves to be hateful, ignorant, and small. 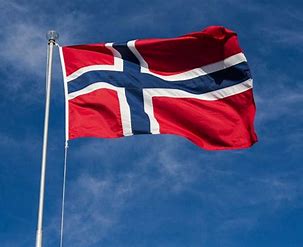