In a Facebook post shared on September 4th, the United States Army Garrison Japan (USAGJ) warned personnel and locals: "To our Camp Zama community. Please be aware that Sagamihara City officials have had reports of wild monkeys in the wooded area just northwest of Camp Zama in between the 900-area housing and the airfield. Officials are warning that the monkeys could easily enter the installation, as they have previously.”

It's come to this? After Afghanistan? The U.S. Army is shamelessly warning all and sundry that wild monkeys could “easily” break into its Japanese army base located in Kanagawa Prefecture near the Japanese capital?

I assume we will soon hear Gen. Mark Milley (“Vanilli”), chairman of the U.S. Joint Chiefs of Staff, solemnly state: “We have no way to stop them. But we are in negotiations with them.” Followed by President Biden saying, “There’s nothing we can do. It’s Trump’s fault. Where’s my ice-cream cone?”

Or maybe Milley will promise the alpha monkey that he’ll warn him if the military should decide to defend the camp against a future monkey insurgency.

Be prepared for the U.S. military to flee Camp Zama, leaving behind billions of dollars in high-tech military equipment—or maybe just tons of bananas—after which President Biden will call the shocking retreat “an unparalleled success.” 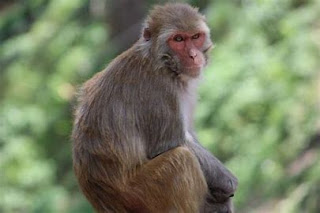