We had Iraq and Afghanistan roughly under control for awhile, but not now. Al Qaeda still exists. As do many, many other terror groups. ISIS/ISIL has sprung up into a self-proclaimed ‘caliphate’ in the Middle East, ‘promising’ to hit the U.S. in a big way soon. Hamas and other terrorist entities continue to fire rockets into Israel on a random basis and then cry ‘foul’ if and when Israel responds. It isn’t enough for these ‘radical fundamentalist’ Islamic terrorists to blow up their own  via suitcase or car bombs (or bombs attached to the bodies of men, women or children), they also purposely make sure as many ‘non-combatants’ or ‘civilians’ as possible get killed in retaliatory strikes so they can use the media to paint their targets as brutal monsters. That is when they’re not beheading members of the media.


Jihadists from this country are going over to help the ‘evil-doers’ at an increasing rate.


This is a struggle that has been going on for a thousand years and longer. This is an existential battle between the principles of good and evil, life and death, freedom and slavery…literally. This, then- not the ‘fights’ against global warming and invasive species or for ‘marriage equality- ’is the defining issue for humanity in our time, too.


Thirteen years ago today, terrorists knocked two gleaming, massive towers out of the clear blue sky, killing thousands and shocking us all. It is fitting that today we again remember those who perished and pray for their families.


But let not solemnity lead to passivity or hopelessness. Or fatigue. The terrorists tore a hole in our skyline and in our hearts. It is not in their power to tear out our character or resolve.


We haven’t won the war against cancer or many other diseases yet either, but no one suggests we give up the fight. This, too, is a battle that has to be fought.


It is a battle we cannot lose. 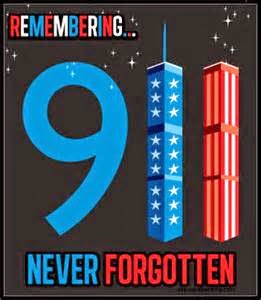