Hillary Clinton, Queen Of The Jungle

We, the citizens of the United States of America, are likely about to elect a person who lies with impunity, breaks laws, and cares not a whit about protecting her countries most important and sensitive information, to the highest office in the land. That seems incredible, until we examine the cultural changes the country has undergone in the past few decades and reflect on who is in office now.
Sure she’s lied under oath like her hubby, but we like her position on women’s rights. Okay, so she led the attack on the women that her hubby assaulted, attempting to discredit and marginalize them, but we like her views on abortion. Sure, she may have told our folks in Benghazi to stand down, but she stood up to her interrogators in Congress by saying, “What difference, at this point, does it make?”
Maybe the FBI will indict her, but she would be the first woman president. Like, hello! How cool would that be?
Yeah, that bitch Sally Miller, the former Miss Arkansas, and former mistress of Bill Clinton, put out a Face Book post alerting her friends that she fears for her life at the hands of the Clintons and was physically threatened by one of their operatives back in the 1990’s. Sure she said, “In this election year, if you read I died… by committing suicide…don’t believe it.”
So what? We like Hillary's stance on women’s health care! 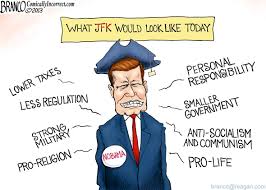