Democratic Ohio Rep. Joyce Beatty claimed that her recent arrest for trespassing in the Hart Senate Atrium (not an insurrection!) was an example of disparate and unfair treatment because the Capitol rioters were not immediately arrested on Jan. 6. Oddly enough, I agree with her. She should be treated equally, so she should be imprisoned for six months or more on trumped up charges-- and possibly put into solitary confinement. 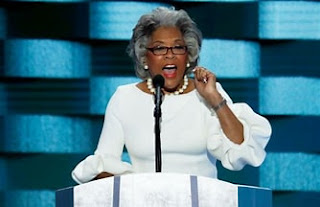