Pennsylvania Received More Mail-In Ballots Than It Sent Out

1.8 million mail-in ballots were sent out and 2.5 million were returned? This is like saying, “I got up half an hour before I went to sleep.” It’s simply not possible.

But, thanks to election officials like the one below, miracles were performed. 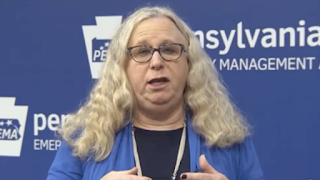 What vice-president once called the position a "stepping-stone to oblivion?"