Independence is a concept no longer in vogue globally, yet it is a hallmark of a healthy person and a healthy society. Liberty is not revered as it should be. Personal freedom is under attack.
In honor of the Fourth of July (Independence Day), I share with you now some quotes that I hope will help explain the raison de’ etre of the United States of America, at least as founded:

“They who can give up essential liberty to obtain a little temporary safety deserve neither liberty nor safety.” Benjamin Franklin. (There is never any reason to cede one’s essential liberty).
“Those who deny freedom to others deserve it not for themselves.” Abraham Lincoln. (Slavery comes in many forms, leftists).
“When the people fear the government there is tyranny, when the government fears the people there is liberty.” John Basil Barnhill. (One of the great truisms of all time).
“If liberty means anything at all, it means the right to tell people what they do not want to hear.” George Orwell. (MSNBC? CNN? The New York Times? The Washington Post? ABC? NBC? CBS?)
“My definition of a free society is a society where it is safe to be unpopular.” Adlai Stevenson. (And he was a Democrat! The party used to have some like him. Now people hearing this would run to their safe spaces).
“Whoever would overthrow the liberty of a nation must begin by subduing the freeness of speech.” Benjamin Franklin. (MSNBC? CNN? The New York Times? The Washington Post? ABC? NBC? CBS?)
“Experience should teach us to be most on our guard to protect liberty when the Government's purposes are beneficent. Men born to freedom are naturally alert to repel invasion of their liberty by evil-minded rulers. The greatest dangers to liberty lurk in the insidious encroachment by men of zeal, well-meaning but without understanding.” Justice Louis Brandeis. (Beware of progressive’s in power).
“I hope we once again have reminded people that man is not free unless government is limited. There's a clear cause and effect here that is as neat and predictable as a law of physics: as government expands, liberty contracts.” Ronald Reagan. (Absolute. Irrefutable).
“The urge to save humanity is almost always a false face for the urge to rule it.” H.L. Mencken. (The most accurate description of leftists ever produced. No truer words have ever been spoken).
“The sole end for which mankind are warranted, individually or collectively, in interfering with the liberty of action of any of their number is self-protection … The only purpose for which power can be rightfully exercised over any member of a civilized community, against his will, is to prevent harm to others. His own good, either physical or moral, is not sufficient warrant.” John Stuart Mill. (Hence, the Bill of Rights).
“Certainly one of the chief guarantees of freedom under any government, no matter how popular and respected, is the right of citizens to keep and bear arms.” Hubert H. Humphrey. (He was a Democrat!).
“Liberty means responsibility. That is why most men dread it.” George Bernard Shaw. (And nearly all progressives).
“The inherent vice of capitalism is the unequal sharing of blessings; the inherent virtue of socialism is the equal sharing of miseries.” Winston Churchill. (Socialism is the equal sharing of miseries, yet it has many rich apologists. They don’t have to worry).
“Economic freedom is … an indispensable means toward the achievement of political freedom.” Milton Friedman. (And always has been, around the world).
“The Reagan years showed us that expanding economic freedom should be the North Star - the guiding light - of U.S. policy, because it is the best way to achieve sustained and broad-based prosperity for all.” Jon Kyl. (Duh!).
“When plunder has become a way of life for a group of people living together in society, they create for themselves in the course of time a legal system that authorizes it, and a moral code that glorifies it.” Frédéric Bastiat. (We are seeing this now. So sad).
***********************
(Thanks to Jeffrey Dorman at Forbes for some of these quotes. A hat-tip also to goodread.com, quotegarden.com, brainyquote.com, Joe Carter, and libertyatstake.com). 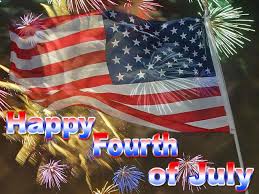 Which president championed-- and signed the bill authorizing-- the U.S. Interstate Highway System?

*”Everything you say should be true, but not everything true should be said.”—Voltaire