One wonders, however, if the day will henceforth have to be referred to as simply “day off,” given the actions of a New Jersey school district’s board of education. Randolph Township, a city an hour west of the Big Apple, had previously renamed Columbus Day “Indigenous Peoples Day,” an action that didn’t go over well with all its residents. Ergo, in an effort to avoid offending anyone at all, the Randolph Board of Education recently decided to purge school calendars of all holiday names, period.

Board member Dorene Roche noted, "If we don't have anything on the calendar,” we won't have to have anyone with “hurt feelings or anything like that.” Sorry, Ms. Roche, you can’t get off that easy. Think about this, the board members actually voted to cancel all holiday names to avoid offending anyone in the world by recognizing special days that reference a person, holiday, ethnic group, place, thing, idea or entity.  How offensive is that?

Maybe we should just banish language altogether. And concepts, ideas…thought.

And the board’s vote was unanimous. Which led some attending the board meeting to cry out in disbelief and anger. One man shouted, "What did you just do?  What just happened?"

It’s okay everyone. Enjoy your day off. Just don’t ask why you have it. 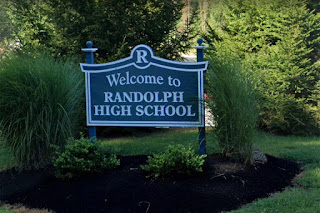 How old was the youngest American serviceman in World War II? (Answer below 'My Blog List' below)

12. Calvin Graham lied about his age and enlisted in the navy. His real age wasn't discovered until he was injured in the Battle of Guadalcanal!