We are just three days away from the 23rd anniversary of Ukraine’s Declaration of Independence… from the Soviet Union (thank you Ronald Reagan, among others).


The current fighting between Ukrainian forces and pro-Russian rebels illustrates just how fragile independence- freedom- can be. Almost always is, in fact. It requires constant vigilance. The United States had to fight the War of 1812 not many years after our independence…had been fought for and ‘won’. And several wars since.


In the current fighting, Ukraine has had to try to stanch the steady flow of fighters and military hardware streaming across their eastern border from Russia…even as Russia  flatly denies it is involved in any such endeavor. Recently the Russians requested that they be allowed to send an aide convoy to eastern Ukraine for ‘humanitarian’ reasons. Ukrainian officials have been puzzled to find many of these Russian trucks empty.


Hang in there Ukraine. Here’s to you! 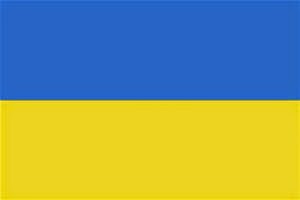